A Vibrant and Dynamic Vision for the Future of St. Patrick’s College

Archbishop Eamon Martin has described St Patrick’s College Maynooth as “a unique place of learning” which can look forward to a strong and positive future. Dr Martin was addressing 250 graduates and their families, in his role as Chancellor of the Pontifical University, at the Annual Graduation Ceremony which was held in the Gunn Chapel on 9 November.

As the 225 anniversary of the College’s foundation approaches, Archbishop Martin outlined his vision for St Patrick’s future as; “a vibrant Pontifical University alongside a dynamic National Seminary and a Centre for Ongoing Formation, both linking ever more closely with Maynooth University.”

Congratulating the class of 2019, Archbishop Eamon Martin noted that they were the first group of students to be conferred with Baccalaureate in Theology and Arts degrees, awarded in conjunction with Maynooth University. 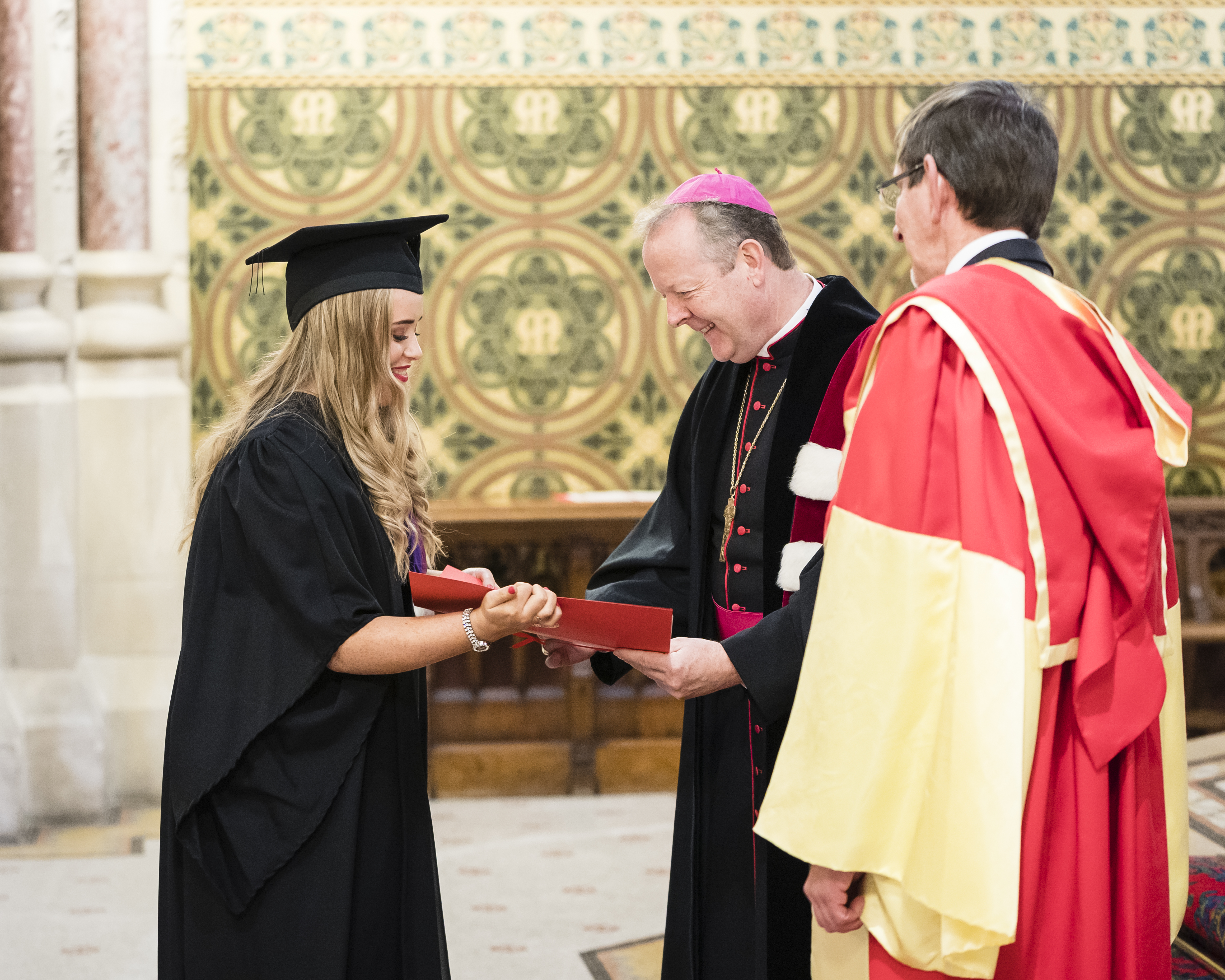 Maynooth’s potential for such exchange is unique according to Archbishop Martin. “Having three institutions; the National Seminary, Pontifical University and Maynooth University situated side by side on this historic campus, in one of most attractive and fastest developing towns in this country – the possibilities which all this offers for study, research, community building and dialogue are endless,” he said

Having three distinctive yet dependent partners, each drawing inspiration and opportunity from the other, and adding value, to what each might achieve separately was what characterised the greatest strength of Maynooth, Archbishop Martin told his audience.

Class of 2019 Rosemary O’Brien, Samantha Finn, Michelle Wall and Adam Barnes were among the first students to have been conferred with Baccalaureate of Theology & Arts degrees, awarded jointly by St. Patrick’s College Pontifical University in conjunction with Maynooth University.